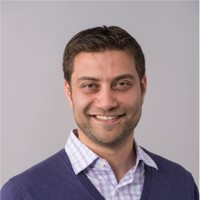 Under the supervision of Prof. Igor Alabugin, Dr Zeidan received his Ph.D. in 2005 for his work on photocycloaddition reactions and the determination of the reaction kinetics for the thermal cyclization of ortho-substituted benzannelated enediynes. After a three year postdoc at Northwestern University, he began as a research scientist at Alkermes biopharmaceutical company. Over the subsequent decade he was promoted from Senior Scientist to Principal Scientist, and now serves as the director or Pharmaceutical Chemistry and Formulation Development. He was the co-inventor of the LinkeRx® technology; a proprietary platform of Alkermes for long-acting injectables and was a team leader in the development of Aristada®, a long-acting injectable approved for the treatment of schizophrenia. 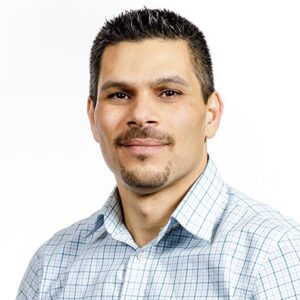 Hassan Rmaile (Ph.D. 2004, Industry)
Dr. Hassan Rmaile, B.S. American University of Beirut, earned his PhD in the Schlenoff group in 2004. He immediately joined Hercules Inc. in Delaware (acquired by Ashland in 2008) rising to Vice President of R&D platforms, including the Aqualon series of water-soluble polymers. He moved to HB Fuller Inc. as Chief Technology Officer in 2013, and then to Avery Dennison ($6B a year in revenue) as VP for Global R&D in 2016. Read more about Dr. Rmaile’s current position at graphic.averydennison.com. 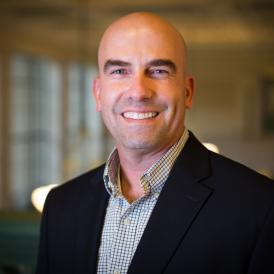 Forest M. White (Ph.D. 1997, Academia)
Dr. Forest M. White completed his Ph.D. in Professor Alan Marshall’s group in 1997 (Marshall’s first FSU Ph.D. student). Following a postdoc with Professor Don Hunt at U. Virginia, and a couple of years as a Research Scientist at MDS Proteomics, Inc., Forest joined the faculty of the Department of Biological Engineering at M.I.T., where he is now a Professor. He is best known for his introduction of immobilized metal-affinity chromatography (IMAC, Nature Biotechnology 2002, 20, 301-305, with 1,200 I.S.I. citations), which opened up the field of phosphoproteomics by enriching phosphopeptides for mass spectrometric analysis. You can learn more about his work on his groups webpage. 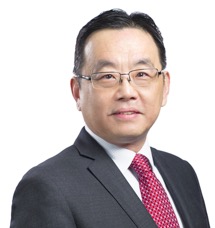 In 1997, under the supervision of Prof. Timothy Cross, Feng Xu received his Ph.D. in analytical chemistry. For the subsequent 8 years he not only worked as a research scientist at Bristol-Myers Squibb but also earned his J.D. specializing in patent law. He then served as a intellectual property consel at White and Williams and then GlaxoSmithKline. He is currently the legal director of Intellectual Property for the China & Asia Areas for AstraZeneca Biopharmaceutical company. His efforts focuses on global IP asset management, pharmaceutical patent prosecution, business licensing and corporate client counseling. Dr. Xu has worked on a wide variety of patent matters for companies such as Astellas, Bristol-Myer Squibb, Daiichi-Sankyo, Gilead Sciences, GlaxoSmithKline, Pfizer, UCB, Reckitt Benckise, Warner-Chilcott and ZTE Corp. Dr. Xu also has advised and represented clients in patent invalidation proceedings before the Patent Reexamination Board and appellate courts in the People’s Republic of China.

Dr. W. Patrick Brug earned his doctorate in chemistry in 1991 in the joint laboratory of Prof. Sanford A. Safron (Dept. of Chemistry and Biochemistry) and Prof. James G. Skofronick (Dept. of Physics).  He was responsible for designing and implementing the sophisticated computerized automation system which permitted efficient data collection and analysis in the (then) new helium atom scattering facility.  He is currently Group Leader of the Integrated Information Management group in the Los Alamos National Laboratory Facility and Waste Operations division. 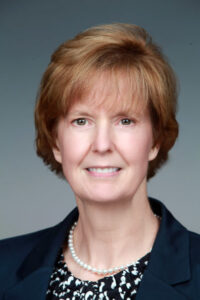 Sue B. Clark is the Chief Science and Technology Officer and a Battelle Fellow in the Energy and Environment Directorate at Pacific Northwest National Laboratory (PNNL) and has a joint appointment at Washington State University, where she is a Regents Distinguished Professor of Chemistry. Her current research areas include chemistry of radioactive waste systems, environmental chemistry, actinide separations, and radioanalytical chemistry. Her initial work in nuclear chemistry began at FSU earning her M.S. (1987) and Ph.D. (1989) in Inorganic/Radiochemistry in the laboratory of Gregory Choppin. After stints as a researcher at the University of Georgia’s Savannah River Ecology Laboratory (1992-1996), and Westinghouse Savannah River Company’s Savannah River Technology Center (1989-1992), she began her academic career at WSU in the Chemistry Department in 1996. She went on to serve as Department Chair, Interim Vice Chancellor for Academic Affairs, and Interim Dean of the College of Sciences. She also held an appointment to the U.S. Nuclear Waste Technical Review Board, appointed by President Barack Obama (2011-2014). She joined PNNL in January 2015 to lead multiple nuclear science initiatives and was responsible for stewarding institutional investments in energy and environment research and development. Prof. Clark has won numerous awards including the 2020 Glenn T. Seaborg Award for Nuclear Chemistry, and the 2012 ACS’s Garvan-Olin Medal and is a fellow of both the AAAS and ACS. 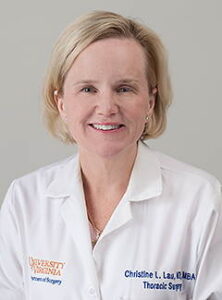 After spending time as a researcher in the lab of Prof. Jack Saltiel, Christine Lau earned her B.S. from Florida State University in 1988. At Dartmouth Medical Center she graduated first in her class with an M.D. She then did her residency at Duke University Medical Center followed by a fellowship in lung transplantation and cardiothoracic surgery at Washington University in St. Louis. Her independent career began as an assistant professor of surgery at the University of Michigan Medical Center. Dr. Lau then moved to University of Virginia Cancer Center, where her clinical practice ranges from lung transplantation to minimally invasive surgery and diseases of the esophagus. She was named to Newsweek’s Top Cancer Doctors 2015 and the Best Doctors in America list in 2012. More information, including a video interview, can be found on Dr. Lau’s website. 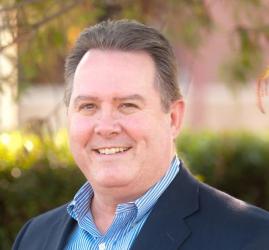 David H. West  got his start in chemistry at FSU working with Prof. Jack Saltiel before graduating with a B.S. in chemistry in 1980. Shortly after he began his independent career at The DOW Chemical Company where he quickly climbed the ranks from a Technical Leader/Scientist, to Senior Research Scientist, and then the Lead R&D Director. While at Dow, David worked on the development of a variety of process technologies that became the basis for several new manufacturing plants.  In 2012, after 31 years moved to SABIC where he currently serves as a Corporate Fellow and Director of Corporate Research and Innovation. West is also an editor of the Advances in Chemical Engineering book series, a member of the Industrial Advisory Board for University College of London, and an adjunct professor in the Department of Chemical and Biomolecular Engineering at the University of Houston. David received the 2012 AIChE Catalysis and Reaction Engineering Division Practice Award, and a Chemical Engineering Science most cited paper award. 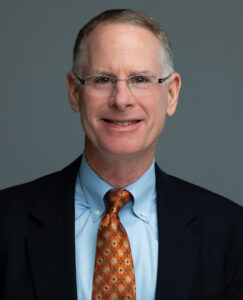 Prof. Schanze was an undergraduate student at FSU from 1977-1979 under the mentor-ship of Jack Saltiel where he earned both the Faculty Fund Award and the Phi Beta Kappa Distinguished Student Award. He went on to earn his Ph.D. at UNC-Chapel Hill. In 1986, after postdocs at UNC and UC Berkeley, he joined the faculty at University of Florida as an assistant professor. After near 30 years he left UF to accept his current position as Professor and Robert A. Welch Distinguished University Chair in Chemistry at the University of Texas at San Antonio. His research on the photochemistry of polymers and molecules has been cited more that 10,000 times. Additionally, after serving as senior editor for Langmuir from 1999-2008, he became, and still is, the Editor-in-Chief of ACS Applied Materials & Interfaces which has the highest manuscript submission rate of all ACS journals. Recently, Prof. Schanze oversaw the creation of two new journals; ACS Applied Energy Materials and ACS Applied Nano Materials. 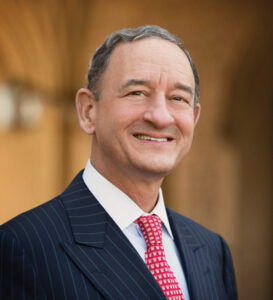 Initially, Mark Wrighton intended to study mathematics and government at FSU but instead, inspired by his freshman chemistry professor, Edward Mellon, he switched his major to chemistry. With Jack Saltiel as his mentor he went on to win the Monsanto Chemistry Award for outstanding research and received his B.S. in chemistry in 1969. Immediately after earning his Ph.D. from CalTech in 1972 he became a faculty member at MIT. He advised over 70 Ph.D. students and his research on photochemistry and transition metal catalysis resulted in more than 300 journal articles and holds 16 patents. In 1987 Wrighton became the head of the MIT chemistry department followed quickly by a move to the provost position in 1990. In 1995, he left MIT and moved to Washington University in St. Louis where he was chancellor for 24 years. During that time he served as a presidential appointee to the National Science Board (2000-2006), which acts as science policy advisor to the President and Congress and the National Science Foundation. He now olds the position of Professor and Chancellor Emeritus at Washington University in St. Louis. 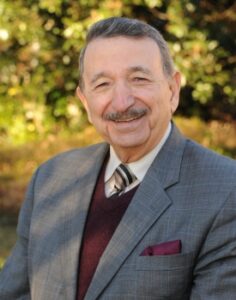 Dr. El-Sayed earned his Ph.D. at Florida State University in 1958 under the supervision of Michael Kasha. After doing postdoctoral work at Yale, Harvard, and CalTech, he joined the faculty at UCLA in 1961. Then in 1994, he moved to Georgia Tech to become the Julius Brown Chair, Regents Professor, and the Director of the Laser Dynamics Laboratory. His research interests have been diverse including the development of molecular spectroscopy techniquess to elucidate the mechanisms and dynamics of molecules, gas-phase clusters, solids, and photobiological systems. More recently, his work has focused on nanoscale materials and using those materials in catalysis, medicine, and sensing. He is also the namesake for the “El-Sayed’s rule.” During this work Dr. El-Sayed has published over 500 papers in peer-reviewed journals and has won numerous awards including the Priestly medal and USA National Medal of Science and has supervised the research of more than 80 Ph.D students and 50 postdoctoral fellows. For 24 years he also served as Editor of the Journal of Physical Chemistry. You can learn more about Prof. El-Sayed and his research on his webpage. 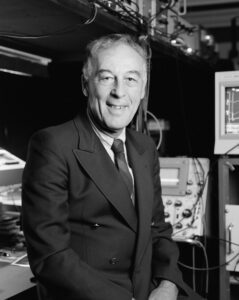 Dr. McGlynn earned his doctorate degree in chemistry at Florida State University in 1956 under the mentorship of Michael Kasha. Shortly after he joined the faculty at Louisiana State University and in 1968 he was named Boyd Professor, LSU’s highest academic rank. His research interests cover a broad range of fields including chemistry, physics, and radiation biology. He also served as the dean of the Graduate Schooland Vice Chancellor for Research and helped LSU achieved the Carnegie Foundation’s Research I University ranking, placing it in the top 70 institutions in the nation. He is credited with dramatically enhancing research productivity and funding in the science, technology, engineering, and math (STEM) disciplines. He co-authored the eight documents entitled “Quality Thrust Initiative” which ultimately saw the creation of research clusters across the campus in areas such as biotechnology, coastal and environmental sciences, physical sciences, and computer and information sciences. Although he retired in 1998, he continues his research, writing, and service within the Department of Chemistry.