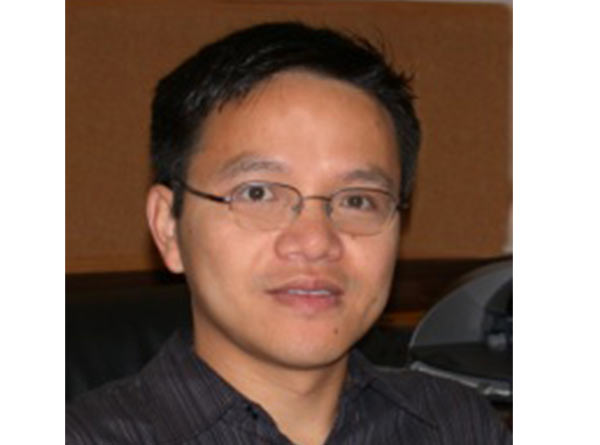 Cell signaling, oocyte polarity and Drosophila models for cancer
We are interested in how important cellular decisions such as proliferation, growth and polarization are made during animal development. Dysregulation of these cellular processes are tightly associated with tumorigenesis and cancer formation. My laboratory mainly uses Drosophila as a model organism to study the molecular and cellular mechanisms underlying these cellular behaviors. The current research in my lab has three major foci (described in detail below): (1) temporal regulation of cell proliferation, growth, and differentiation in the follicle cells, (2) the cellular mechanisms the oocyte uses to establish asymmetric maternal-determinant positioning and therefore its polarity, and (3) the molecular mechanisms underlying cell competition in epithelial cells.

Temporal regulation of cell proliferation, growth, and differentiation
Development of a multicellular organism requires regulation of cellular events that are highly orchestrated temporally and spatially. Although much research has been conducted on spatial regulation of cell differentiation and gene expression, relatively little is known about how basic cellular functions are regulated temporally. The follicle cells provide an excellent model system for study of the temporal regulation of cell proliferation and differentiation. In the course of oogenesis, the follicle cells undergo two important switches of cell-cycle program, first from the normal mitotic cell cycle to the specialized endocycle (in which cells duplicate their genomic DNA without dividing) and second from the endocycle to amplification of specific genomic regions. These switches are essential for supporting egg development and are coupled with other temporally and spatially regulated changes of differentiation and growth status. For example, at the first switch, follicle cells stop proliferation, grow in size, and begin expressing different fate markers. Spatially, these cells undergo different movements to reach their final destination. My lab has played a major role in identifying how expression of specific genes contributes to specific types of follicle-cell behavior. Our work has led to a much greater understanding of the temporal and spatial patterns of the follicle cells.

Our work revealed that the evolutionarily conserved Notch pathway has a unique and crucial role in temporal regulation of follicle-cell differentiation and proliferation. Notch signaling is activated by the germ-cell-expressed ligand Delta, which triggers the first of the two cell-cycle switches mentioned above. Several recent studies in my lab reveal that two transcription factor genes, hindsight and cut, are affected by Notch signaling during this first switch. Notch signaling turns on hindsight activity, which inhibits follicle cell proliferation by suppressing both cut and a proliferation-stimulating signaling pathway. Our studies established cut and hindsight as key linkers to connect Notch signaling and the cell-cycle machinery. More recently, we found that the precise timing of Notch activation is regulated by the microRNA pathway. We are currently in the process of determining how microRNAs Notch signalling and developmental timing in follicle cells.

Turning off a signaling system can be as important as turning it on. Recently, we found that turning off Notch signaling as well as activation of ecdysone receptor pathway are required for the second of the two switches. Our study was the first to show how developmental signals control the second switch in the Drosophila follicular system. It also has much wider significance in that it is among the few that demonstrate important developmental consequences after a signaling pathway is turned off in cells. Interestingly, we found that a microRNA, miR-7, plays a critical role in regulating this endocycle to gene amplification switch.

In addition, we found that Notch activation in follicle cells is spatially regulated by a tumor-suppressor pathway, the Hippo pathway. When this pathway is disrupted, Notch is strongly compromised in the posterior follicle cells, which are particularly important for sending signals to the oocyte that help establish its asymmetry. We also identified a novel bona fide component of the Hippo pathway, KIBRA. Precisely how Hippo and Notch signaling intertwine in the follicle cells is of great interest to us. We have some preliminary data showing the trafficking of Notch is compromised in Hippo pathway mutants. Further study on this topic will help us decipher the interaction of these two important and conserved pathways.

Intercellular communication and oocyte polarity formation
During Drosophila oogenesis, the germline cells and the somatic follicle cells interact constantly, sending signals back and forth to communicate and eventually to build a functional egg for the development of the next generation. These oocytes are asymmetrically constructed, storing positional information, specific mRNAs and proteins that are localized in specific subcellular compartments. When the egg is fertilized, these localized molecules direct the formation of the major body axes—the anterior-posterior (AP) and the dorsal-ventral (DV) axes—a process fundamental to the development of bilateral animals. The localization of these determinants requires the oocyte to build a polarized network of cytoskeleton microtubules. Although many players involved in this polarity formation have been identified, several key steps in the process remain unclear. For example, posterior follicle cells were known to signal a change in oocyte polarity, but the nature of signal remained unknown.

My lab has investigated both the nature of the posterior follicle cell signaling and the responding mechanisms working in the oocyte to establish the proper polarity. We have shown that a follicle-cell extracellular-matrix component is required for proper oocyte polarity. Work in my lab led to the discovery that the Epidermal Growth Factor Receptor signaling pathway, as well as Notch signaling, downregulates expression of Dystroglycan (a transmembrane complex that when defective leads to muscular dystrophy in humans) in follicle cells.

Inside the oocyte, how microtubule polarity is regulated is also largely unclear. Recently, we have revealed a novel pathway that involves tumor-suppressor Lethal Giant Larvae (Lgl) and conserved cell-polarity genes such as aPKC and Par-1 to regulate the microtubule asymmetry in the oocyte.

Mechanisms of cell competition
Recently, genetic analyses in Drosophila have revealed various genes that regulate the competitive behavior of cells. Among these, the neoplastic tumor-suppressor genes (nTSGs) have been shown to fulfill two significant functions requisite for organ size control: first, establishing apicobasal cell polarity as a principle of epithelial tissue organization and appropriate timing of terminal differentiation and, second, exerting cell-proliferation control as a primary factor in tissue growth. Our recent studies revealed that nTSG Lgl and its novel binding partner Mahjong (Mahj) are involved in cell competition. In the mosaic Drosophila wing imaginal discs, mahj-/- or lgl-/- cells adjacent to wild-type cells undergo apoptosis, whereas mahj-/- or lgl-/- cells that are not adjacent to wild-type cells do not. The nonautonomous apoptosis in these mutant cells is suppressed by inhibition of the JNK pathway. Furthermore, overexpression of Mahj in lgl-/- mutant cells suppresses JNK activation and blocks apoptosis of lgl-/- mutant cells in the wild-type wing-disc epithelium. In collaboration with Dr Fujita at University College London, we found that Mahj-knockdown mammalian MDCK cells were also eliminated by wildtype cells through cell competition. Taken together, our data suggest that Mahjong and Lgl belong to a molecular pathway that plays an evolutionarily conserved role in regulating cellular competitiveness.

In summary, the three major areas of research in my lab are independent yet connected—proper differentiation of follicle cells is key to the establishment of oocyte polarity, and cell competition involves intercellular communication and regulation of cell proliferation. Through the study of temporal and spatial regulation of important genes and pathways in our model systems, we will develop a more comprehensive picture of the molecular mechanisms orchestrating egg development and gain a deeper understanding of how basic cellular functions such as proliferation, differentiation, and growth are regulated in development.