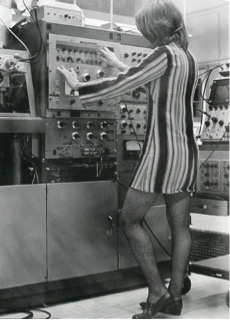 By 1960, the Department of Chemistry desperately needed additional research and teaching space. Fortunately, both the National Science Foundation and the National Institutes of Health had programs appropriate for the support of university facilities.

Earl Frieden served as Chair from 1962 to 1968, a period of rapid expansion in departmental staff and facilities. Faculty expansion continued at a respectable pace, if somewhat slower than in the first decade of development. 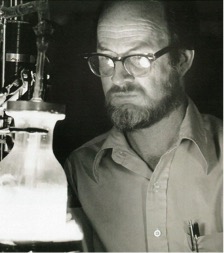 Robert Fisher, for whom Fisher Lecture Hall was named.

Earl Frieden was also instrumental in obtaining funds for three different buildings-the Dittmer Laboratory of Chemistry (a 180,000-square-foot research building), the Teaching Laboratory (an 80,000-square-foot classroom and under-graduate laboratory building) and the Fisher Lecture Hall (a 20,000-square-foot lecture hall). Frieden appointed Richard Glick to oversee the building committee. The cost of this construction totaled $5M. A $2-3M National Science Foundation Center of Excellence grant was also received during his term as Chair.

Between 1962 and 1968, the Department received national and international recognition. In fact, in 1968, it ranked 23rd among all chemistry departments in the nation, third highest in the Southeast and first in Florida.

When Greg Choppin was elected chair in 1968, the Department had just been regrouped in the new chemistry research building after many years of being spread across the University campus. The National Science Foundation Center of Excellence Award had also just been granted to the Chemistry Department, the Physics Department and part of the Biology Department. 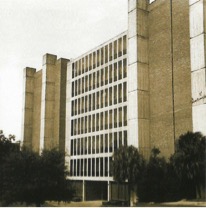 Choppin used this opportunity to drastically modify the Chemistry program. He swapped senior faculty positions with Physics and Biology to gain staff positions. In this way, Chemistry adequately filled secretarial and support positions in the research and teaching buildings being completed. There were many faculty positions added during Choppin’s tenure, including Ralph Dougherty in 1969 (University of Chicago, organic), Sanford Safron in 1970 (Harvard University, physical), Randolph Rill in 1972 (Northwestern University, biochemistry) and Penny Gilmer in 1977 (University of California at Berkeley, biochemistry). During this period, the Department developed the Center of Excellence, the molecular biophysics program and the biochemistry initiative. The faculty grew as younger members were added. Interaction was beneficial to both the molecular biophysics program and the department.

The Institute of Molecular Biophysics

Professor Michael Kasha, when he was a participant in a world conference on Molecular Biology, overheard an Atomic Energy Commission (AEC) representative offer $1M to Harvard University, the University of Chicago, the University of California at Berkeley and California Polytechnic University groups. The idea, offered by biophysicist Dr. Leroy Augenstein of the AEC, was to bring modern biology together with chemical physics to solve problems in radiation damage to living species.

Two site visits were made by experts who reported, “As for facilities, those people have nothing: no building, no equipment, no adequate financing. As for talent, they have everything representing the best universities, and they evidence excitement, ambition and dedication.” Negotiations were initiated for a 5-year contract for $2,900,000.
Two years later, a scientific instrument supplement of $1,000,000 was granted. The contract was extended for fourteen years, with an accrued total of $12,000,000 from blanket and individual grants.

A plan to build a two-story connection between the Diffenbaugh and Williams Buildings was abandoned in favor of constructing a facility that later became the Science Center. The Legislature-approved $600,000 was matched by the National Institute of Health. This $1.2M funded building construction.

Strozier died before the Institute was completed in 1961. President Gordon Blackwell suggested that the building could be the first of a new science center. With Kasha as chairman, a faculty committee worked for a decade to raise $45M, matched by federal funds, for the construction of new science buildings. The science center is well known for its inter-disciplinary connections. The Dirac Science Library was one of the last of the Science Center buildings to be constructed.

Professor Leo Mandelkern took the initiative to formulate a program with courses in fundamental and advanced biology, combined with theoretical chemistry (thermodynamics, quantum mechanics and statistical mechanics, with polymer sciences). This degree program has flourished, and new channels for activity have emerged in a Structural Biology Program that combines quantum mechanical and statistical mechanical computations with molecular structure and dynamics research (and, in some cases, supermolecular organelle microanatomical assemblies). 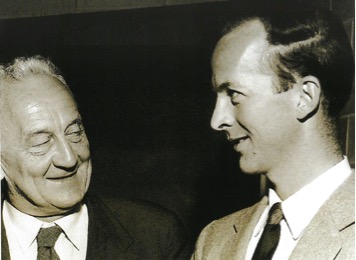 In 2000, to honor Kasha for his integral role in its development, IMB was renamed the Institute of Molecular Biophysics: Kasha Laboratory. Today, forty years after its inception, the Institute of Molecular Biophysics is at the forefront of the development of interdisciplinary scientific research and teaching, and Structural Biology has become a major experimental and computational force.