FSCW had weathered hard times and prospered. Now was the time for a change of direction. Senator LeRoy Collins drew up the legislation and the law passed in 1947. With Governor Caldwell’s signature, Florida State College for Women became Florida State University. A growing student body required more faculty and office, laboratory and library facilities. The Chemistry Department’s problems were particularly critical.

The University catalog of 1947-1948 listed requirements for an American Chemical Society-approved major as 51 quarter hours of chemistry and nine additional hours of science. The next year, graduates were to have 55 hours of chemistry and 16 hours of other science. By 1950, requirements included 59.5 hours of chemistry and calculus, a year of physics and a reading knowledge of German.
To help manage increasing teaching loads and responsibilities, the Department increased its faculty, despite the fact that space was nearly nonexistent: faculty “offices” were located on the stairwell landing between the second and third floors of Science Hall. 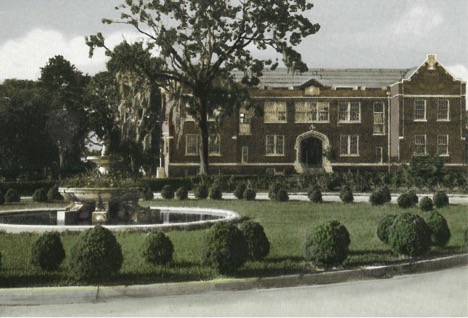 Returning veterans who attended the University on the G.I. Bill needed science and mathematics courses for career preparation. FSCW’s chief focus had been undergraduate teaching, but post-war exploration and discovery required graduate research. A graduate school with an advanced curriculum, premier faculty and additional space, equipment and supplies had to be made available to all students. With increased government support for the sciences, FSU developed new science and mathematics coursework. 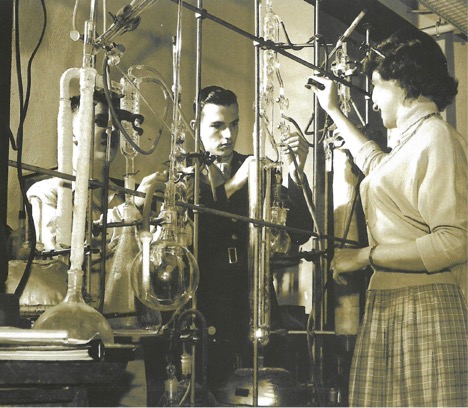